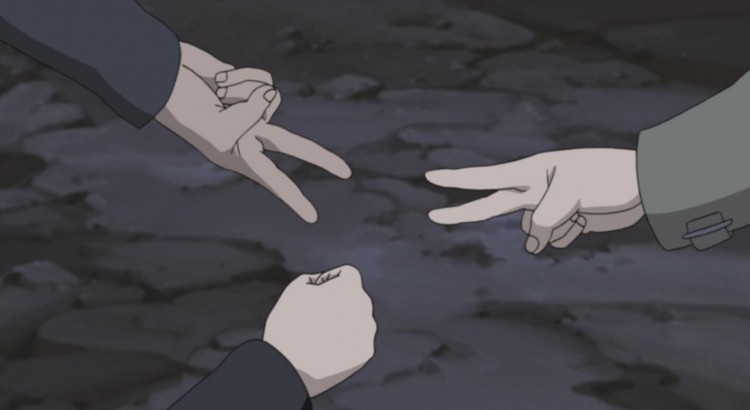 Janken pon! (じゃんけんぽん！) This is the sentence to start a new game of rock paper scissors in Japan. This game is very popular among Japanese  children since very old times. Did you know it was originated in Asia and it expanded from there to the rest of the world?

The game was created in China in the Han dynasty and from there it was imported into Japan where it became very popular. At the beginning the shapes done by the hands where very different from the ones used today. Instead of a rock, paper and scissors they represented a frog, a slug and a snake. After some time it evolved to the shapes we use today.

From Japan the game expanded to the rest of the world. In some countries like Peru and Brasil, the game is even known by the Japanese name: jan-ken-pon.

Who doesn’t know how to play it? This game is so popular everyone knows its rules. However, rock paper scissors in Japan has some particularities that make this game a bit different:

Those are the different shapes you can make with your hands:

Did you know there is a robot capable to play janken against a human and win every time? It was developed by the Ishikawa Watanabe Laboratory in the University of Tokyo. It uses a high speed vision system to capture the movement of the opponent’s hand and perform the winning shape right before the opponent finishes his movement: