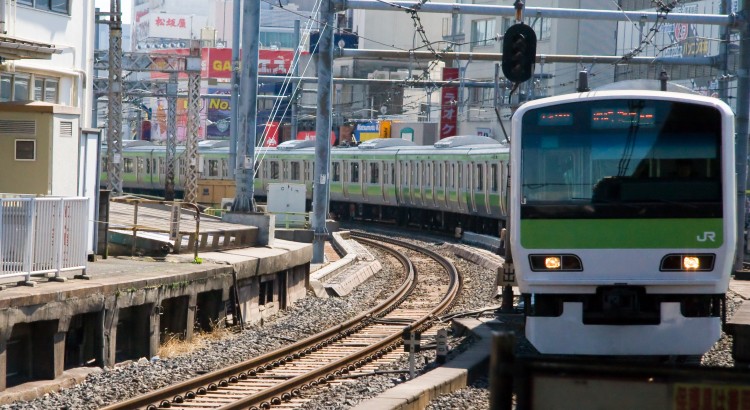 The Yamanote line 山手線 is one of the busiest and most important train lines in Tokyo. It is a 34.5 km loop line covering some of the most important landmarks in the city and every train takes between 59 and 65 minutes to run a complete loop.

Origin of the name

Yamanote 山の手 (literally mountain hands) traditionally refers to the hills section inside of the city located west of the Imperial Palace. Although the Yamanote area cannot be defined exactly, in the Edo period it was comprised of the following areas of Tokyo: Yotsuya, Aoyama, Ichigaya, Koishikawa and Hongō.

The Yamanote Japanese word is formed by the kanji 山 (mountain), the kana の (no) and 手 (hand), but when referring the the train line, the word loses the genitive particle の, making it ambiguous to pronounce: 山手. It can be pronounced as やまて (yamate) or as やまのて (yamanote).

History of the Yamanote line

At the beginning, the Yamanote line only connected Shinagawa to Akabane, both in the traditional Yamanote area. That’s the reason it got this name. After few years, the Yamanote line continued expanding, until it reached the circular loop as we know it today. 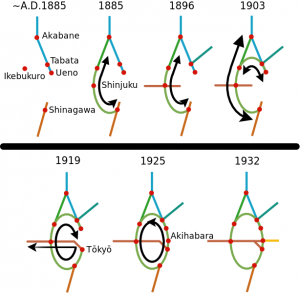 The Yamanote line has a total of 29 stations. Some of the most important ones are: